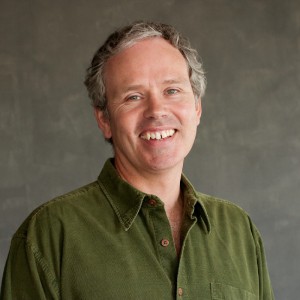 When my marriage broke up in the early 90s I could no longer pretend that life was something that really worked ……at least with the skills I had learned up till then. My tradition Christian up-bring followed by an in depth exploration of the charismatic movement did not really help me make sense of this world.

I returned to Northern Ireland and in my search for meaning I explored Celtic Spirituality and the work of Anthony DeMello before really arriving home to with the discovery of the teachings of The Course in Miracles (ACIM) in the mid 90s.

Outwardly I was still on the move:

I went to live and work at the Findhorn Foundation, Scotland in 1997 for 3 years where I met Catia, now my Brazilian wife. I learned much about about myself at the Foundation within the context of the many groups that made up the Foundation and the wider community. I was trained to focalize the experience week programme and I co-facilitated two before I moved back to Ireland.

During 2000- 2003 I lived the West Coast of Ireland doing part time locum veterinary work and gained a Diploma in Training and Development with the IITD. I had only completed the first year of Gestalt Therapy training when we decided to move to live and work in Brazil.

About five years later, in 2008, I returned once more to Scotland with my young family to live in Forres near Findhorn. Today I still do veterinary work at the local veterinary clinics as well as trading currencies and of course learning my daily forgiveness lessons in the role of father and husband.

My integration of A Course in Miracles and application to my daily life has been greatly assisted by the teachings of Kenneth Wapnick.